I joined the fire service in 2002 as a fire explorer with Castle Rock Fire Explorer Post 107 while still attending Douglas County High School here in Castle Rock. In 2005 I started my first career position with Lake Dillon Fire in Summit County, Colorado. I also transitioned into a volunteer firefighter position with Castle Rock Fire and Rescue at that time. On Feb 2, 2007, I was hired as a career firefighter/EMT with Castle Rock Fire and Rescue. During my time, I have been promoted to firefighter/paramedic, engineer, and currently hold the rank of Lieutenant. As an active member in Local 4116 since 2007, I was nominated and voted into the executive board in 2014. Since 2019 I have had the privilege to fill the role of President for the brothers and sisters of Local 4116.

President@castlerockfirefighters.com
Read a message from our president 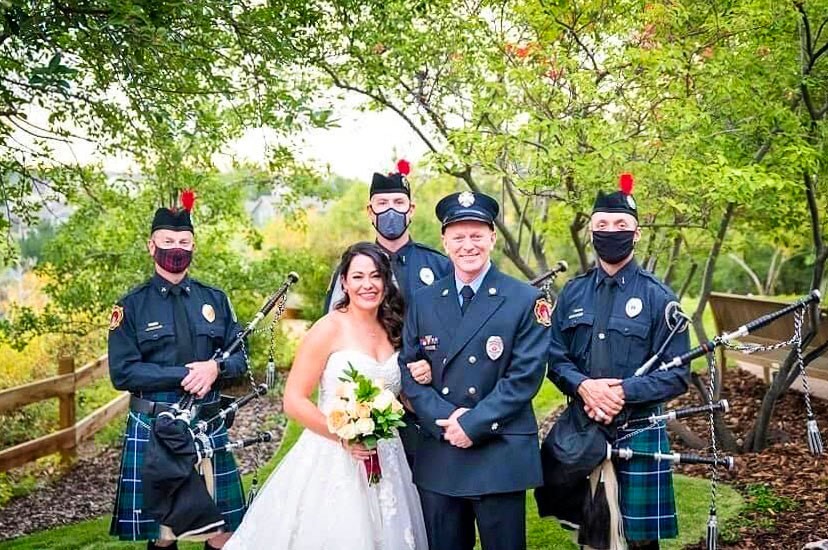 I have wanted to be a firefighter my entire life but my career path took the scenic route and I didn’t realize my dream until I was 41.  I was lucky enough to be hired on with Castle Rock, neighbor to my hometown of Centennial and am proud to serve the community I grew up in.  I am currently a Firefighter/EMT and an Acting Lieutenant for our department.  I have been an active member of our Local since Day 1 and was elected to the position of Vice President-Community Relations less than a year later.  I thankfully serve my Local 4116 to help make their lives and careers better through safer working conditions, excellent benefits and fostering community support.

VICE PRESIDENT OF HEALTH AND WELLNESS

The mission of the Castle Rock Professional Firefighters, IAFF Local 4116, is to provide world-class service to the citizens of our town.

Learn about our mission

Castle Rock’s brave firefighters put their lives on the line every day they show up to their fire stations to keep you safe.

Castle Rock Professional Firefighters Local 4116 was established and recognized as a Local of the IAFF on July 20, 2001.

Learn about our history